The Washington State Building Code Council (SBCC) is considering a ban on natural gas for residential construction. The proposal would “require new residential buildings to be built to be all-electric.” The members of the council are relying in part on an analysis done for the SBCC by the Rocky Mountain Institute (RMI) and the New Buildings Institute.

RMI was kind enough to share their updated cost analysis of the proposal. That transparency is really welcome and, in my experience, typical of the way RMI works – they are advocates for their position but are transparent about their analysis and arguments.

That analysis, however, has changed significantly from what was sent to SBCC members. The updated numbers from RMI themselves show requiring residential construction to be all-electric would increase homeowner costs.

Additionally, RMI’s assumptions for energy costs are outdated. Using updated cost estimates shows that over the next decade while electricity rates increase, natural gas costs will actually decline – the opposite of the outdated projections cited by the initial projections.

The primary justification for the proposed requirement is the claim that banning natural gas would “improve air quality and reduce greenhouse gas emissions.” The assumptions behind this claim are badly out of date and updated information indicates adoption of the code would do nothing to reduce CO2 emission.

In sum, these changes and inaccuracies show the policy would add costs to home ownership while doing nothing to reduce statewide CO2 emissions.

The combination of these changes and the dramatic change in the data indicate the SBCC should step back and reconsider the proposal.

Four elements of the analysis are worth noting.

The Rocky Mountain Institute has updated the Life Cycle Costs (LCC) of the proposal and the previously claimed savings have turned into increased costs. In the packet provided to the SBCC, the proposal claims there is “no impact on housing affordability since this will actually save builders money.” The new data show the opposite.

The remaining life-cycle savings are now entirely dependent on reduced utility costs. These estimates, however, are out of date and updated information turns these claimed savings into costs.

The advocates of the regulation claim “World Bank long term forecasts indicate an increase of over 80% in gas prices over the coming decade.” The Life Cycle Calculation tool provided by OFM uses cost estimates from the Federal Life Cycle Costing 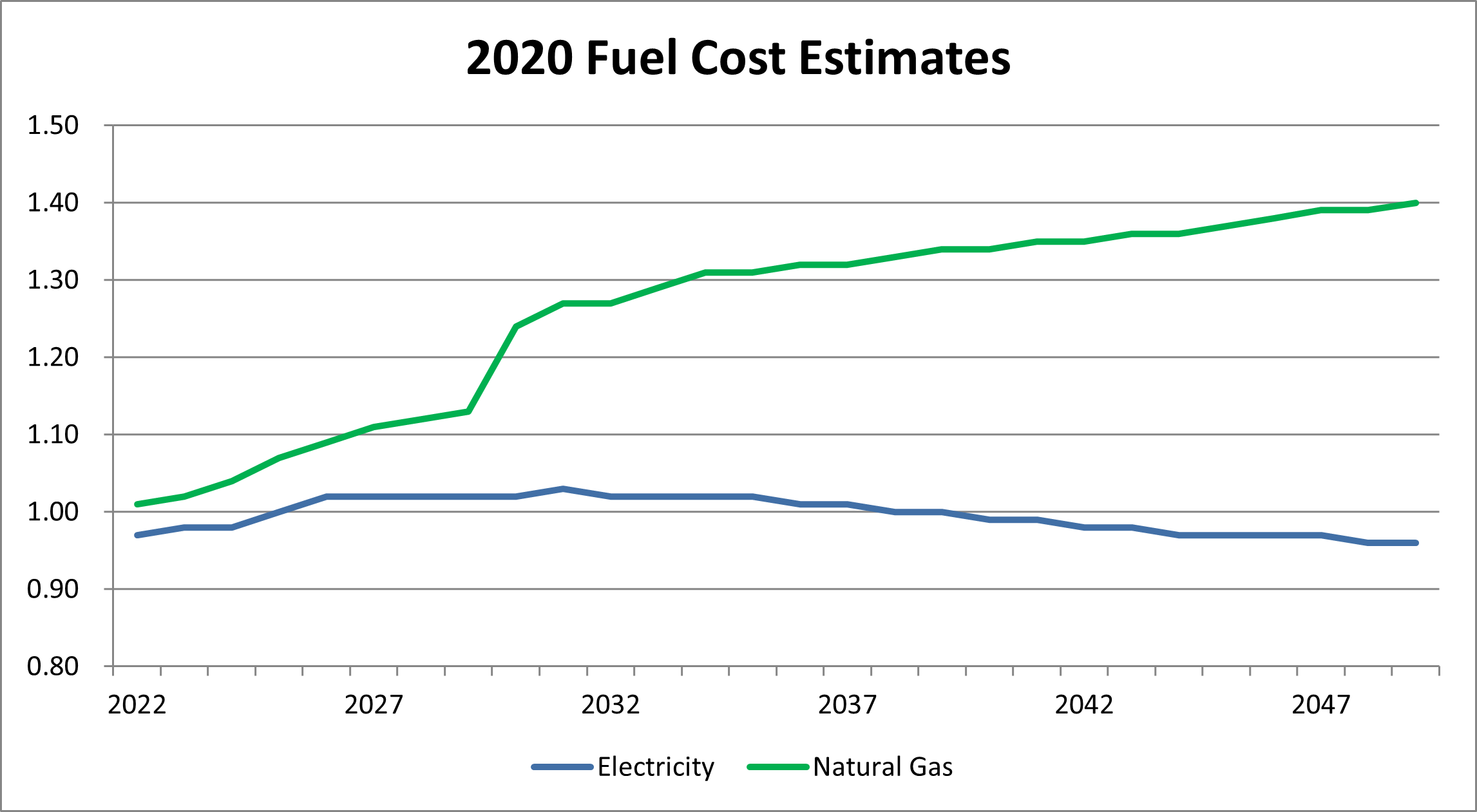 The most recent data from that manual, however, has very different projections. It estimates electricity costs will increase only one percent but natural gas costs will actually fall by 7 percent. 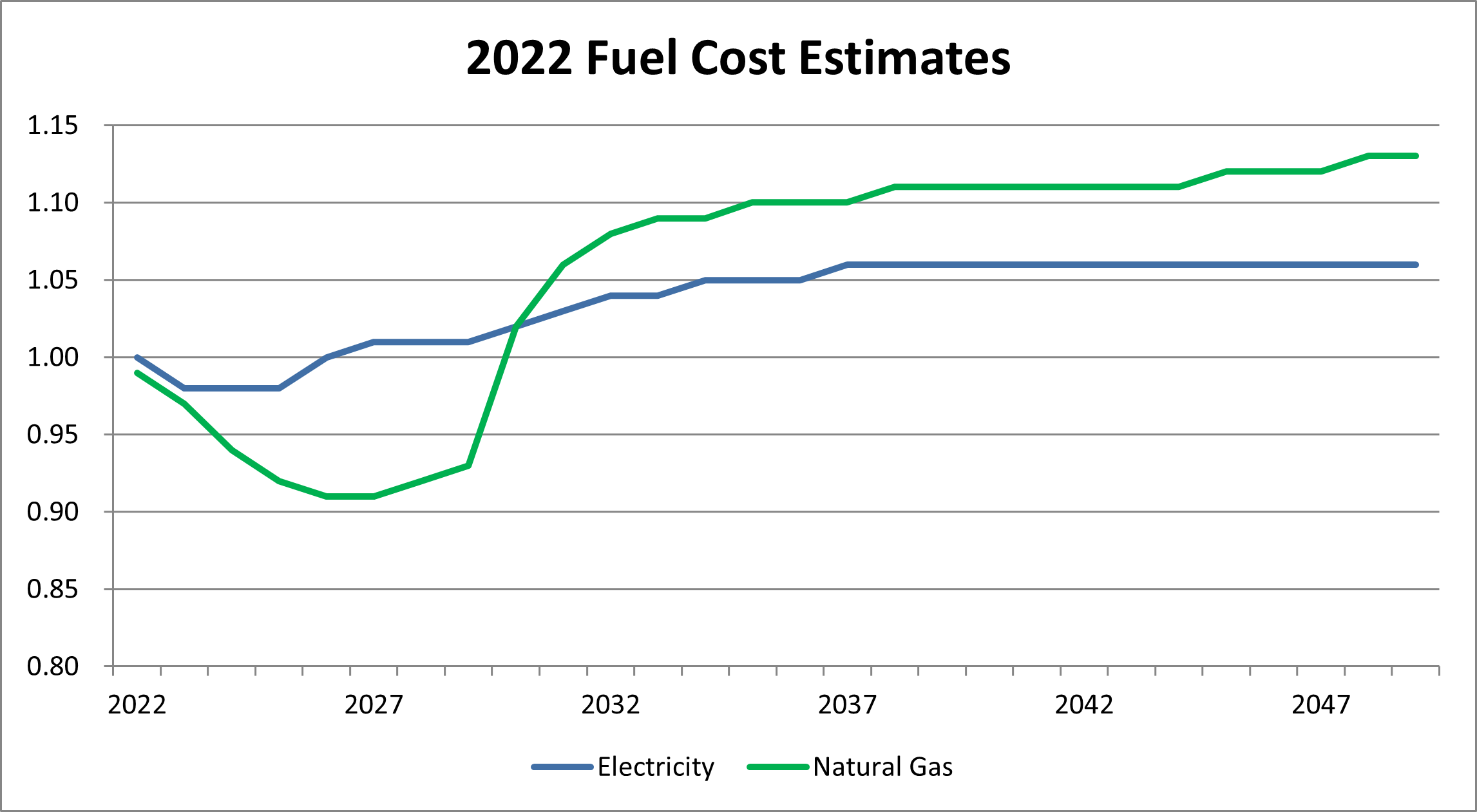 Using the RMI’s updated construction data and the new energy cost projections from the federal government shows the requirement to build all-electric would increase costs both for construction and utilities. 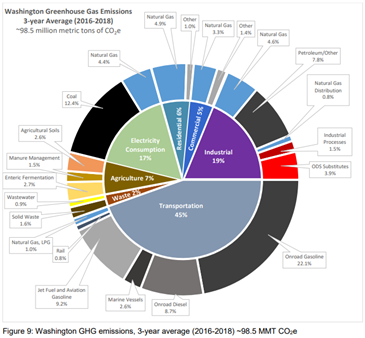 Despite those increased costs, proponents may still argue that the regulations are necessary to reduce statewide CO2 emissions, reducing the potential damage done by climate change. Here also the estimates used by RMI are inaccurate.

The reference case used in the report says residential CO2 emissions in 2020 amount to 11.4 million metric tons (MMT) of CO2. This estimate is used to calculate the potential reduction in CO2 emissions from the new rule.

According to the Washington State Department of Ecology, the actual amount included in their 2018 emissions report (the most recent available) is 4.8 MMT CO2. Of the state’s 98.5 MMT CO2 emissions, only 6 percent are from residential sources, and 4.9 percent of the state total is from residential natural gas.

The estimate included in the proposal is that electrification would reduce CO2 emissions by about 6 MMT in 2050. This seems unlikely since the current amount of natural gas-related emissions is a quarter less than the total projected savings.

Proposed Restrictions Would Add Nothing to Total CO2 reductions

Even those exaggerated reductions are inaccurate. The report outlines the assumptions about total CO2 emissions in the reference case compared to banning natural gas and going to full electrification. These estimates come from the Washington State Energy Strategy Decarbonization report, released in December 2020.

Since that time, the state adopted a strict CO2 cap which requires state CO2 emissions to be cut in half by 2030 and reach 95% below 1990 levels by 2050. The levels assumed in the reference case are now illegal and the proposed building requirements don’t change those targets, they only dictate how they must be met.

Put more simply, this new rule does nothing to reduce CO2 emissions above what is already legally required. If these new requirements are not adopted, it will make no difference in Washington’s total emissions.

It can be claimed that requiring electrification of buildings would smooth that required transition, but the claimed CO2 reductions go away because the reference case is out of date. In RMI’s revised assessment, CO2 reduction accounts for between $7,000 and $11,500 of the claimed lifetime savings. Using current law, those savings are actually zero.

The proposal to require all-electric residential construction was based on two claims that are both out of date. First, that it would reduce the cost of construction and home ownership. The updated data from RMI and the federal government show that is inaccurate. Second, it is argued that these restrictions are necessary to reduce statewide CO2 emissions. That is based on the 2020 policy environment. Since then, Washington has adopted a CO2 cap, making the baseline emissions assumptions inaccurate and illegal. In light of these significant changes, the members of the SBCC should table this proposal, if only to better understand the new data.

The Technical Advisory Group to the State Building Code Council voted to adopt two proposals to require electric water and space heating (with some allowances). There were several last-minute changes to the proposal as well as the life-cycle analysis. As a result, the impacts of the policy voted on by the advisory group are unclear, although the new estimates indicated it would increase construction costs. Despite the lack of clarity and the new information contradicting the claims in the written proposal that it would not impact housing affordability, the rules were adopted.

Now the proposals move on to the full State Building Code Council later this year.